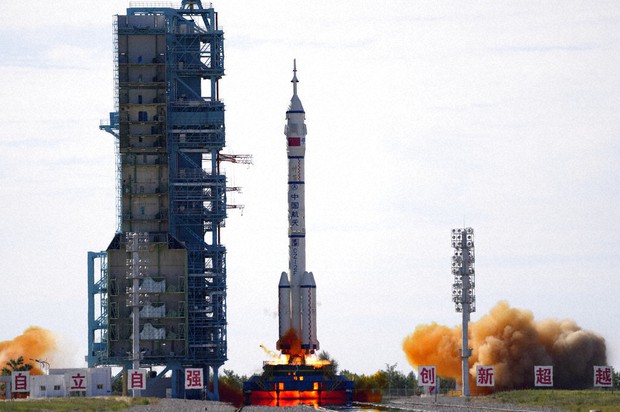 China has successfully launched the Shenzhou-12 – its first manned mission in five years – further accelerating its space programme to rival the United States.

Shenzhou-12, meaning “Divine Vessel”, lifted off at about 01:22 GMT on Thursday from the Jiuquan Satellite Launch Center in northwest China, according to the live video broadcast on state television, CCTV.

The launch was carried with a Long March-2F carrier rocket.

In the CCTV live video, two of the three astronauts made an “OK” hand gesture as Shenzhou crossed the Earth’s atmosphere and following the critical separation of the four boosters.

“This is the first step. There are many challenges ahead.”

After entering orbit, the spaceship will conduct a fast automated “rendezvous and docking with the in-orbit space station core module Tianhe”, according to CCTV.

The astronauts will be stationed in the core module and remain in orbit for three months.

Source : Aljazeera and other news agencies