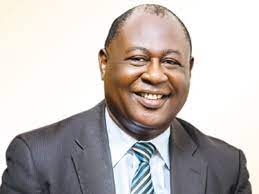 The lands ministry over the years has been known to be a place that one treads on carefully – in the case that you seek help from the workers ;  because of the huge amounts of money asked to do the job , for whatever service one may need including land title misplacements from owners to thieves.

This narrative for the ministry is going to be long forgotten with the appointment of Dr. Sam Mayanja a lawyer by profession who has long through his opined writings has shown interest in issues to do with correction of the cultures of land.

After numerous complaints finding their ways to the ministers’ ears of the hardships Ugandans faced while accessing service from this office(wakiso land office) especially – the huge amounts of money required by the workers before service provision.

The Wakiso district lands office has lost over 30 workers due to fraud accusations after the minister ordered closure of the same offices to create room for investigation. Bribes to transfer land titles were noted to have been practiced repetitively.

The offices were re-opened again on Wednesday 06th October, after being closed for a week. Dr. Sam Mayanja welcomed the new workers himself and warned against serving self but Ugandans.

He also advised the wakiso lands offices to give up the use of manual data savers but rather computerized means. He further advised that the workers should do land transactions in less than 24 hours to serve Ugandans better.

Brokers, hawkers, any form of vendors are not allowed in the premises of land registries and national land centers as the minister believes these have the capacity to steal registry data.