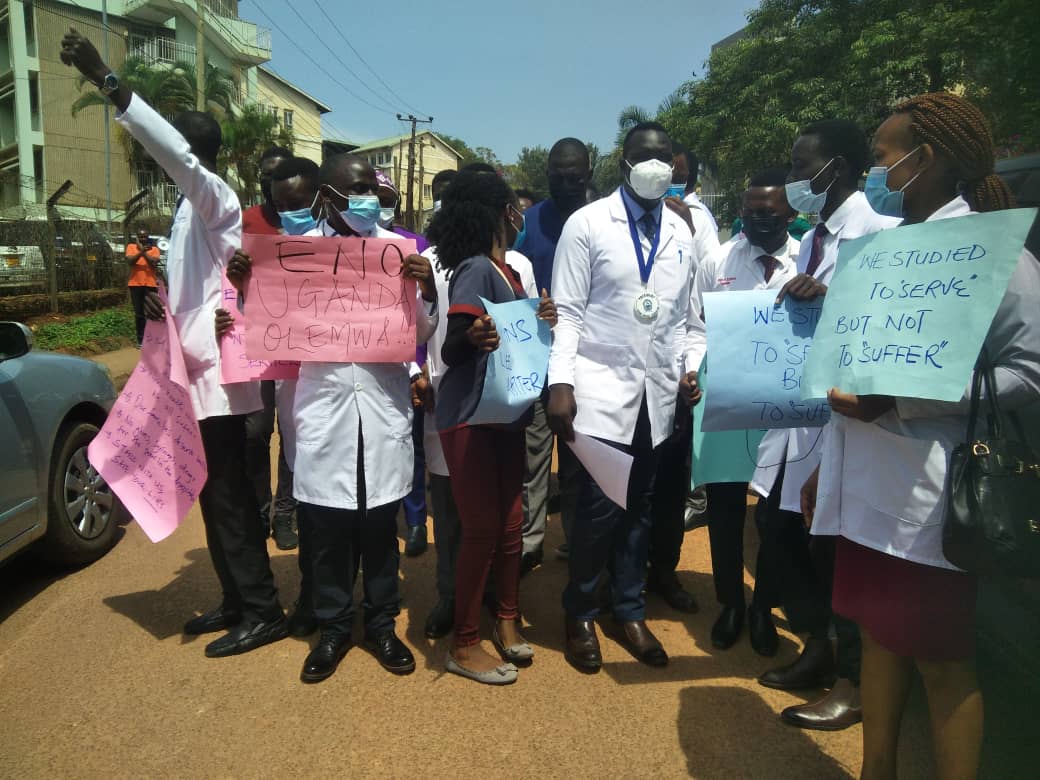 “We studied to serve but not to suffer” were the words on the placards held high by the striking intern medical doctors this morning as they made their way to the parliament of Uganda where they hoped their grievances would be heard. To their dismay however, the Uganda police burred their entry to the parliament premises.

The medical doctors on internship have been striking for a long time now due to pending and low allowances for the service they provide hospitals during their school training.

During a launch of the COVID-19 vaccination campaign in Biharwe HC111 in Mbarara City , the minister of Health Hon. Ruth Aceng added, “But as this stands now, those who are not willing, let them just leave our premises, because there is nothing they are doing there. You cannot just sit at somebody’s house doing nothing. Eventually , you have to walk away.” These words were said just a few days after Dr. Henry Mwebasa , Director General Health Services had written to hospitals in regard to the same issue -striking medical doctor interns.

Intern doctors were given to choose between strikes and practice privilege without the question of allowances as the minister said all the complaints had been worked on and in the pipeline to delivery. She also added that internship was a training period that interns should appreciate.

On the 06th November, 2021 – Intern -medical doctors under the umbrella, “the federation for Uganda medical interns” declared a strike demanding for payment of enhanced medical internship allowances – whose effects seem to be failing even again, after today’s refusal of the same to access parliament of Uganda.