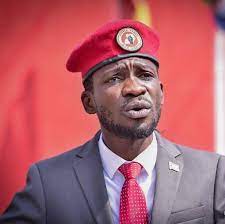 It has been more times that Mabirizi Male is suing Bobi wine over age discrepancies. In 2020, when Bobi Wine declared interest to run for presidency, he discovered that the aspirant’s birth information on the parliament website wasn’t fully corresponding. In March, 2020, he found the NUP president’s passport information contradictory again.

The question of whether he was born in 1980 or 1982 still stays even after the self acclaimed Ghetto president has labored to explain in the previous times.

According to Mr. Kyagulanyi, his father changed his age to enable him sit for PLE as he skipped primary six(p.6). He has also gone a head to confirm that he swore an affidavit in 2000 to put straight the anomaly.

The city lawyer however insists that Bobi Wine should appear in court to explain his dishonesty. He also warns court of Bobi Wine’s record of not showing up at court when summoned and asks the presiding magistrate to warrant arrest if the NUP president does not abide.