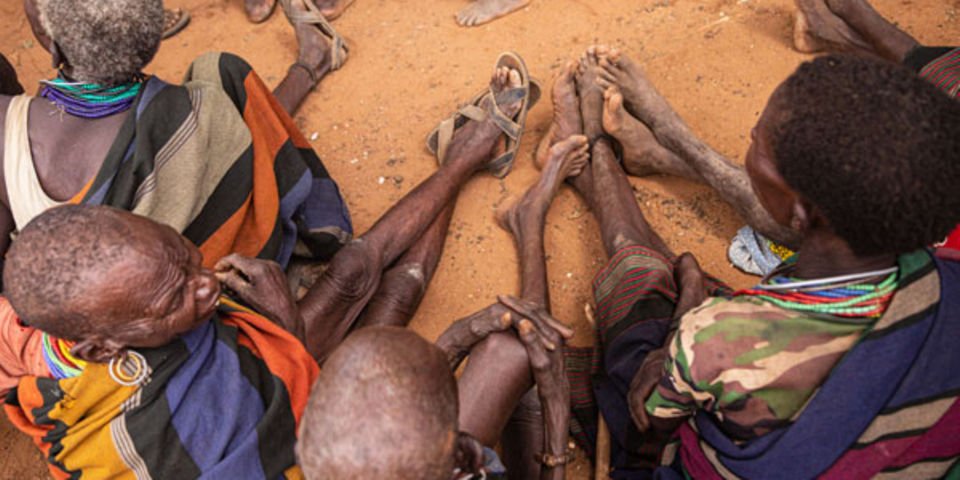 It has been reported up to half a million people go hungry in Karamoja region. According to the data shared from the Uganda Demographic Survey of children facing malnutrition between the ages of six and five, about 5% are ‘wasted’

‘Children wasting’ is when a baby is too thin and their immune system is weak, leaving them vulnerable to developmental delays , disease and death.

Due to the fact that food has become scarce more than ever in the region, the starvation in Karamoja is going un noticed especially due to the general food scarcity in Uganda including in the capital city.

It is reported that over 30% of children below the age of five years are stunted and 10% are underweight.

Across the region of Karamoja; Kaabong, Kotido, Abim, Moroto, Napak, Amudat and Nakapiripirit, about 91,600 children and 9,500 pregnant or breastfeeding women are suffering from acute malnutrition and need treatment – doctors state.

“In three months we have lost more than 25 children under five due to the malnutrition,” said Doctor Sharif Nalibe, the district health officer in Kaabong, one of Karamoja’s worst-hit districts.

“And these were the ones under our care, but (who) were brought at the last minute to the hospital. But there are many who die and (are) not reported in the communities.” He added.